Mr. Chow Yiu Ming joined the Company in October 2014 and is responsible for the accounting and corporate finance functions of the Group. He has over 25 years of experience in accounting, auditing, financial management and corporate finance. Prior to joining the Company, he had held several senior positions with listed and private companies in Hong Kong. He is a fellow member of the Association of Chartered Certified Accountants, a member of the Hong Kong Institute of Certified Public Accountants, and a fellow member of the Hong Kong Institute of Directors. He holds a Bachelor of Business Administration degree, majoring in Accounting and Finance, from the University of Hong Kong and a Master of Science in Professional Accountancy degree from the University of London. He is also an independent non-executive director of Fortune Sun (China) Holdings Limited which is a listed company on the Main Board of the Stock Exchange.

Mr. Victor Tsui graduated from The Hong Kong Polytechnics University and University of Wisconsin with a master degree in Engineering. Before joining the Group, he worked for various pharmaceuticals companies in the United States for over 25 years and was responsible for production management. He joined the Group in 2009 as Chief Operating Officer of Powder Pharmaceuticals Incorporated (“PPI”, an associated company of the Group). He has been appointed as Chief Manufacturing Officer of the Group since 2012 to oversee the Group’s manufacturing operations. He has also been appointed as director of PPI since 22 March 2013.

Mr. Yang Zhongqiang holds a master’s degree in Pharmaceutical Engineering from Shandong University and has a practicing pharmacist certification. He has been working for the Group for more than 20 years, and has been working in the Department of Research and Development of New Drugs and Quality Department of Zhaoke Hefei. He has extensive experience in the research and development of new drug, project management and quality management. He had served as the quality authorised person of Zhaoke Hefei since 2012 to oversee its drug quality management and protection works. In 2017, he has been appointed as the Executive Deputy General Manager of Zhaoke Hefei.

Mr. Dai Xiangrong holds a bachelor’s degree of biochemistry and molecular biology, and a master’s degree of biochemistry from Anhui Agricultural University. He is also a licensed pharmacist. He joined the Group in 2007 and is responsible for the research and development of new drugs. He has extensive experience in preclinical studies, clinical research and registration of new drugs. He was responsible for various new drug development programs and succeeded in bringing the programs to clinical research studies. He was appointed as Senior Director of Research and Development Centre of the Group in 2017 and was appointed as Group Deputy General Manager in March 2019. He was appointed as President and Chief Operating Officer of China Oncology Focus Limited in March 2018 and is fully responsible to the new drug development and registration. He has been appointed as executive director of Zhaoke Ophthalmology Limited in October 2020.

Mr. Sun Guorui graduated from Sichuan University with a bachelor’s degree in engineering and a master’s degree in business administration from Peking University. Before joining the Group, he worked in a number of internationally renowned pharmaceutical companies, including Bayer Pharmaceuticals, Merck & Co., Ltd., Beijing Novartis Pharmaceutical Co., Ltd., etc. He has more than 20 years of sales management experience in the pharmaceutical industry and rich experience in handling national marketing business and leading a large-scale marketing team. He joined the Group since September 2020 as the general manager of the Group Commercial Operations Centre (“GCOC”), responsible for the development and management of the GCOC.

Ms. Fang Ling graduated from Anhui College Of Traditional Chinese Medicine (currently known as Anhui University of Traditional Chinese Medicine) with a major in traditional Chinese medicine in 1992, and received her Master of Business Administration in pharmaceutical management degree from Business School, Renmin University of China in 2004. Before she joined the Group in March 1999, she had served Anhui Province Shucheng County Chengguan Town Hospital Division during 1993 to 1998 as a Chinese medicine practitioner. She had been serving for the Group for over 20 years in various positions. She has been appointed Corporate Culture and Public Relations Director of the Group in April 2019 and also serves as the chief supervisor of the Beijing branch of Zhaoke Hefei and the special assistant of the Chairman, and is responsible for the external affairs such as brand building and public relations for the Group, and internal affairs such as corporate culture development, brand development plan, corporate promotion strategy formulation, preparation and organisation. She is also responsible for the management of Lee’s Pharm internet-based official account for corporate promotion, official website, management and operation of the internal newsletter “Zhaoke Communication”, as well as the management of the daily operations of the Beijing branch of Zhaoke Hefei.

Ms. Xia Hongling holds a Bachelor’s degree in Business Administration from the Renmin University of China and has the qualification of accountant in China. Before joining the Group, she had been responsible for the accounting and finance function with a large state-owned manufacturing enterprise for over 10 years. She joined the Group in 1997 and held various positions in accounting and supply chain department in Zhaoke Hefei for over 20 years. She has extensive experience in accounting, finance and logistics management in pharmaceutical industry. She has been appointed as Deputy General Manager of Zhaoke Hefei since 2017 and further as the General Manager of the Shanghai branch of Zhaoke Hefei since 2020.

Ms. Zhong Chengping graduated from China Pharmaceutical University with a Bachelor of Science degree and a licensed pharmacist qualification certificate. Before joining the Group, she worked in many domestic pharmaceutical companies, including Shanghai Jinke Quanjiao Pharmaceutical Co., Ltd., Hong Kong Jiuhua Huayuan Pharmaceutical Co., Ltd., Hangzhou Puji Pharmaceutical Technology Development Co., Ltd., etc. She has nearly 30 years of experience in quality and project management and other aspects. She joined the Group since 2012 as a quality manager. In 2019, she was appointed as the quality director and quality attorney of Zhaoke Hefei. In 2021, she has been appointed as the Deputy General Manager of Zhaoke Guangzhou.

Professor Sabino Iliceto is appointed as the Scientific Director of the Company with effect from 1 February 2022 and is providing consultation services on all research and development of the Group’s pipeline and portfolio and supports on developing scientific and research projects and clinical developments across the Group. He is highly regarded Italian scientist in cardiology. He is currently the Professor of Cardiology and Director of the School of Cardiology of the University of Padua, Italy. He is also the director of Cardiology Unit and director of Cardiac, Thoracic and Vascular Department of Padua University Hospital. He has a considerable clinical experience as well as a long-standing tradition in planning and organising scientific projects. 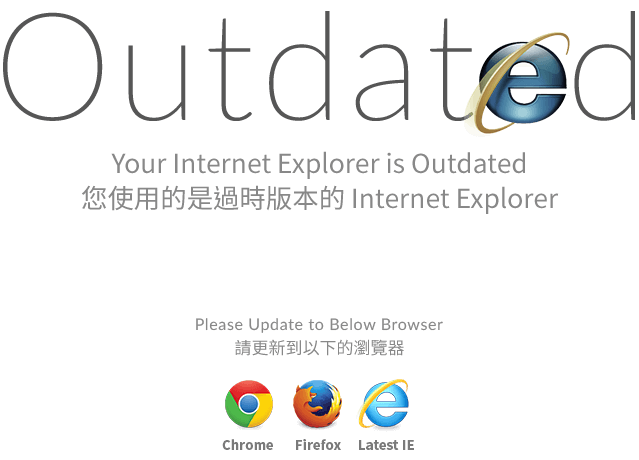